Hunga Tonga-Hunga Ha’apai released levels of gases and ash typical of other volcanic eruptions, but this much water vapor has never been seen.

Volcanic eruptions have long been linked to temporary cooling of the climate, but might the explosive Hunga Tonga-Hunga Ha’apai eruption warm the planet instead? Maybe, according to a team of scientists led by NASA’s Jet Propulsion Laboratory (JPL) in the United States.

The levels of sulfur dioxide and other gases released during the Hunga Tonga-Hunga Ha’apai eruption were typical of other volcanic eruptions, apart from reaching higher into the atmosphere. But it’s the amount of water vapor that may lead to a warmer planet, as well as damage to the ozone layer, notably over Antarctica.

Scientists are still trying to understand some of the unusual phenomena associated with the Hunga Tonga-Hunga Ha’apai volcano eruption on January 15. The massive undersea explosion didn’t register with the same magnitude of many earthquakes that trigger tsunamis, yet it caused one that circled around the world.

With a force of up to 18 megatons of TNT, the eruption caused shockwaves that rippled around Earth’s atmosphere. And, unlike other volcanoes, it blasted an enormous amount of water vapor into the atmosphere.

From the volcano’s optimal position at 150 meters below sea level, the water vapor reached an altitude as high as 53 kilometers. The water vapor and other impacts were then measured using the Microwave Limb Sounder on NASA’s Aura satellite.

“We’ve never seen anything like it,” said Luis Millán, an atmospheric scientist at JPL who led the research, published in Geophysical Research Letters. “We had to carefully inspect all the measurements in the plume to make sure they were trustworthy,” he added, because the values were just off the charts.

The JPL team estimates the amount of water released during the Hunga Tonga-Hunga Ha’apai eruption is equal to an estimated 10% of the atmospheric burden, meaning the water already in the atmosphere.

That’s four times more than the 1991 Mount Pinatubo eruption in the Philippines. In fact, only two volcanoes have injected appreciable amounts of water vapor into the atmosphere in the 18 years that NASA has measured it. One was in 2008 in Alaska, the other was in 2015 in Chile, and JPL calls them “mere blips” by comparison.

One reason for why the water vapor from Hunga Tonga-Hunga Ha’apai may contribute to climate impacts in the short term is that water vapor that reaches the stratosphere normally arises from Earth’s tropical regions and then freezes. This creates a measurable and predictable pattern visible as a “tape recorder” signal seen in the image.

“It may take several years for the H2O plume to dissipate,” the paper authors explain. “This eruption could impact climate not through surface cooling due to sulfate aerosols, but rather through surface warming due to the radiative forcing from the excess stratospheric H2O.”

Invasive insects are inundating oak savannas in the Pacific Northwest 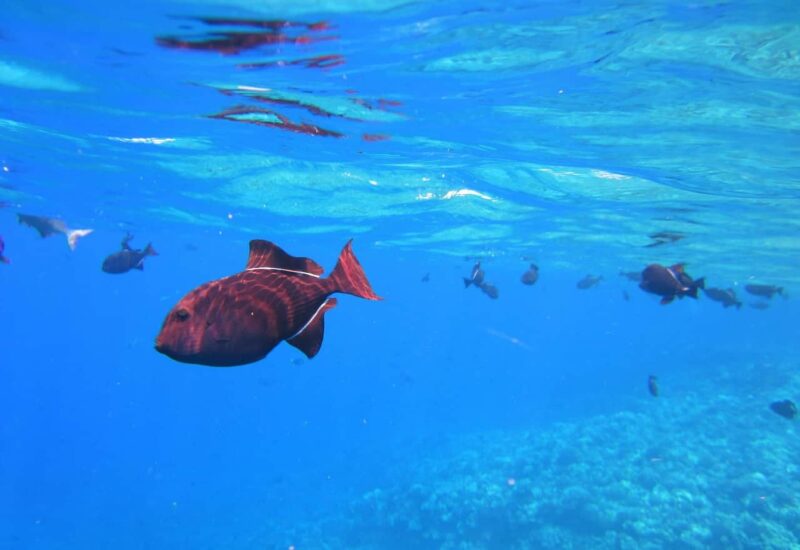