The block is falling behind in its efforts to decarbonize and so mitigate the effects of climate change.

With the United Nations global climate conference, known as COP25, underway in Madrid, the issue of climate emergency has been front and center worldwide. Yet for all the talk on the pressing need to tackle the root cause of global warming — our carbon emissions — some scientists are warning that we are still missing the big picture.

“We are at risk of getting so bogged down in incremental technicalities at these negotiations that we forget to see the forest for the trees,” stresses Johan Rockström, joint director of the Potsdam Institute for Climate Impact Research. “There is a risk of disappointment in the UN process because of the inability to recognise that there is an emergency.”

In recent years more than 150 states, including the worst polluters, have pledged to implement ambitious climate targets by 2030, yet progress on these goals have been slow at best. Rather than seek workable solutions for full-scale decarbonization, most countries have been taking only modest steps to cut their emissions.

More and more coal-fired plants are being phased out in favor of gas-powered ones, which is encouraging. At the same time, however, heavily polluting countries like China and India, which together account for nearly half of global CO2 emissions, continue to invest in new coal plants. Such steps are set to undermine the success of global decarbonization efforts.

Meanwhile, albeit they emit significantly less carbon than coal-fired plants gas-fired plants are hardly emissions-free. As a result, gas-fired power plants are widely seen as unrealistic options for effective decarbonization since natural gas is a fossil fuel and burning it comes with a considerable environmental impact. Still, last year global demand for natural gas grew at a steady pace: by 4.6% with 314 million tons delivered.

Countries are turning to natural gas because it is assumed to be “low-hanging fruit” when it comes to the decarbonization of their energy industry. Alongside new investments in renewables, especially solar and wind, natural gas is a convenient option. That approach, though, does not bode well for truly meaningful decarbonization.

Nuclear energy, argue its proponents, would serve as a far better choice as an abundant, carbon-free source of power. Awareness of nuclear’s benefits is growing globally, especially in Asia, which is driving sustained growth in nuclear power generation, according to a new report by the World Nuclear Association. In 2018, the WNA says, global nuclear generation increased for the sixth straight year.

“Reactors worldwide produced more than 2500 TWh of electricity, about 10 percent of global demand,” explains Power Engineering apropos of the report. “The upward trajectory was most dramatic in Asia, where nuclear generation increased nearly 12 percent to 533 TWh, according to the report. Globally, nine new reactors started generating electricity last year, while five reactors turned 50 years of age.”

Yet robust growth in nuclear has hardly been the case across Europe where lingering fears of nuclear technology, fueled in part by a legacy of the Cold War as well as accidents like Fukushima, continues to hamper the industry. Germany’s government has announced its stated intention to close all the country’s nuclear power plants by 2022. Such political decisions are made despite recommendations by the United Nations’ Intergovernmental Panel on Climate Change’s (IPCC), which argues in a recent report that nuclear energy should be embraced more widely as part of efforts to keep rises in global temperatures manageable in coming decades.

Several Central and Eastern European nations remain more bullish about the need for more nuclear. In countries such as Hungary and the Czech Republic plans underway to construct new reactors.

“If we find a way to lower carbon energy, we have to communicate it, and [that is why] it might be a good opportunity for nuclear energy to strengthen its position and to compensate for the decreasing production of coal-fired plants, which cover more than half of the production in most countries,” explains Bohdan Zronek, a board member of the CEZ Group in the Czech Republic.

The country’s national policy seeks to make nuclear the main source of electricity production with its share rising from 35% to between 46% and 58% by 2040 in defiance of a broader trend in the European Union. “In the Czech Republic, we will build a new plant by 2040 to maintain and enhance the ratio of nuclear because Czech national strategy aims to reach 50%,” Zronek explains, stressing that investments in nuclear can have benefits for the domestic labor market and the country’s broader economy.

“Nuclear might strengthen industrial production and export potential,” he elucidates. “If you look at the Czech Republic, the industry employs 15,000 people and it has the potential to double that figure. Of course, nuclear also helps to broaden the knowledge base of the economy and serve as a leader of high-tech solutions. It brings added value with significant multiplication to other sectors.”

Elsewhere, however, many EU countries are continuing to shun nuclear. Partly as a result, the grouping is falling behind in its efforts to decarbonize and so mitigate the effects of climate change. Brussels, many analysts say, will need to take a broader approach that includes a sensible mix of renewables and nuclear into energy generation.

The EU, says its parliament, should aim to cut its emissions by 55% within a decade so that the continent can become climate neutral by 2050. It’s hard to see how this can be done without a larger share of nuclear in tandem with a continued increase in renewables. 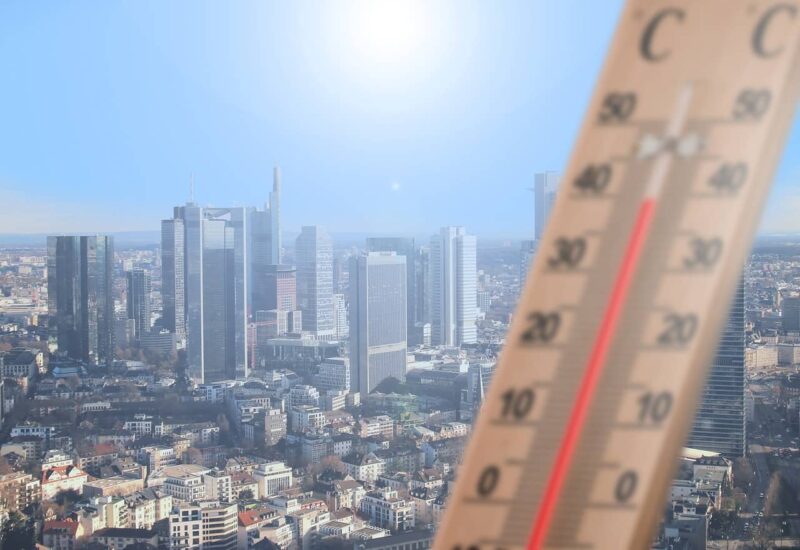