Germany’s economic growth has slowed significantly. Part of the reason is the country’s flawed energy strategy.

Germany has long been the powerhouse of Europe’s economy, yet growth in the country has slowed significantly this year. Exports account for nearly half (47%) of Germany’s economy and sluggish growth elsewhere, which has dampened consumer confidence, and an intensifying global trade war have seen Germany’s economy grow by a mere  0.1% in the third quarter. This comes after negative growth in the previous quarter. In other words, the country has escaped recession – but only just.

It hasn’t helped that Germany’s energy industry has been thrown into disarray. Berlin has embarked on an ambitious transformation of the country’s energy mix, seeking to embrace low-carbon energy in lieu of coal, which currently provides most power in the country. Along with the phasing out of all coal-fired plants within two decades, Chancellor Angela Merkel has pledged to shut down Germany’s 17 nuclear power plants by 2022 owing to safety concerns in the wake of the Fukushima disaster in Japan.

Germany, which has the largest electricity market within the European Union, is banking on renewables, yet there is trouble on the horizon. Solar investments are down and Germany’s wind industry is in decline. Experts are warning that “Germany’s low-carbon future will come at a cost” to the country’s robust economy. Within the three years of planned nuclear phase-out Germany’s capacity of conventional energy will likely fall by a fifth, raising the economically ruinous prospect of frequent outages.

Germany’s government argues that the shortfalls can be offset by improved energy efficiency, as well as expanded renewable energy capacity and further electricity imports. “Others are not as confident, including many utilities, network operators, manufacturing companies and analysts,” notes Reuters, citing an energy expert who calls the government’s strategy risky and prone to unforeseen consequences. The expert, Katharina Reiche, chief executive of the VKU association of local utilities, stresses that if the phaseout of coal-fired plants “was not accompanied by a mandatory, risk-oriented monitoring of supply security, it would be like ‘walking a tightrope without a safety net.'”

Germany’s government foresees a 65% share of the country’s power consumption for renewables by 2030, the date by which all coal-fired plants are to be shuttered. Between January and October this year the share of renewables reached a record of nearly 43%, which seems encouraging. At the same time, however, onshore wind power expansion has been slowing across Germany, which is raising doubts about the long-term viability of a strategy centered primarily on renewables like wind and solar.

The latter especially is of limited use in a country with long dark winters. German solar energy experts say   industrial-size photovoltaic installations could work well in sunnier southern Germany, especially considering the plummeting costs of photovoltaic technology. Between 2010 and last year the average global cost of solar energy production dropped by 77%, as compared with a 35% decrease for onshore wind, Bloomberg observes. In Germany, the photovoltaic industry employs 49,000 people and boasts some 3.7 million installations, accounting for an emissions saving of more than 28 million tons of CO2 in 2018.

In addition, the nuclear industry remains a robust wealth generator within the Europe Union, according to a study by the multinational accounting firm Deloitte. The EU’s nuclear industry provides more than 1.12 million jobs and generates €507 billion in the grouping’s collective GDP, which is equal to a 3-3.5% share of its current GDP, Deloitte says. “For more than 60 years, nuclear technologies have been providing Europe with a reliable source of low-carbon electricity,” comments FORATOM, a Brussels-based trade association for the nuclear energy industry in Europe.

Yves Desbazeille, director general of FORATOM, sees nuclear energy as a vital component of both the EU’s and Germany’s energy industry plans if economic growth is to be maintained. “We have observed the number of jobs our industry generates and is generating today is about 1.1 million in direct impact. We saw a level of skill that is quite high, and it is much higher than what you observe in other sectors. It shows we are an industry of very high skilled people,” Desbazeille explains in commenting on new study.

“It is also interesting to see that we are one of the biggest sectors today in the world, something which is widely ignored by policymakers in Brussels,” the energy expert adds. “We see here that we are somewhere between construction and the automobile industry in terms European GDP share (3.3%), which is something interesting,” he elucidates. “But now we also look to what we mean in terms of jobs and impact having some significant share of nuclear in 2050, so with the electrification it means we would also create new jobs and also have an increasing impact on GDP and also on trade surplus.”

For Germany, the fact that the renewable energy industry, particularly wind, is not performing as expected is worrisome news. Berlin needs to revise its approach to achieving a low-carbon economy, one that makes full use of a variety of low-carbon energy sources working in tandem to offset shortfalls and bridge supply gaps.

Understanding how corals turn sunscreen into toxins could help save reefs 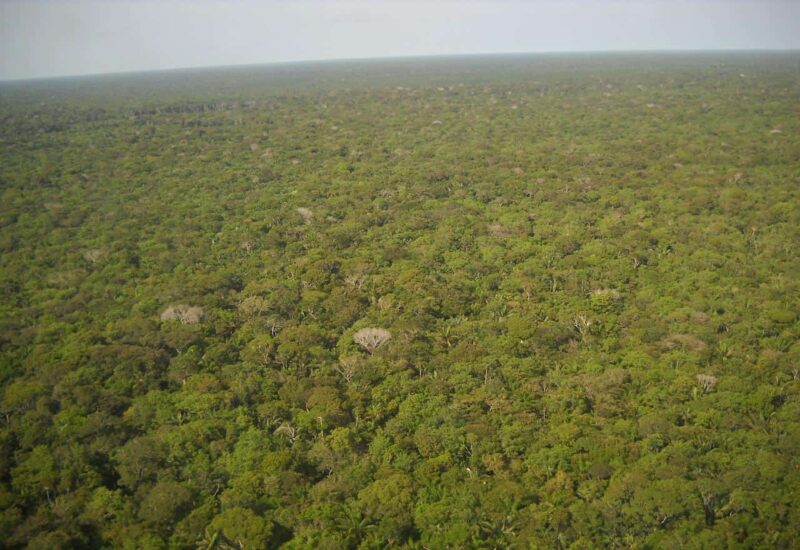 Indigenous lands in the Amazon are bulwarks against deforestation