Different plant-based diets can have different health and environmental impacts.

Not only can the consumption of the latter lead to weight gain and metabolic syndrome but the production of crops for it also requires more cropland and fertilizer, according to researchers at Harvard T.H. Chan School of Health and Brigham and Women’s Hospital.

While unsurprisingly red and processed meats had the highest environmental impacts out of all food groups in the study, it was the cultivation of certain common crops that was found to produce the greatest amount of greenhouse gases while also requiring the most water, cropland, and fertilizer.

“The differences between plant-based diets was surprising because they’re often portrayed as universally healthy and good for the environment, but it’s more nuanced than that,” explains Aviva Musicus, a postdoctoral research fellow at the Department of Nutrition of Harvard Chan School who was an author of the study.

It has long been known that different types of plant-based diets have various health effects with diets higher in whole grains, fruits, vegetables, nuts, legumes, tea and coffee being associated with reduced risk of chronic diseases such as cardiovascular disease and type 2 diabetes. At the same time, however, plant-based diets that are high in refined grains, potatoes, sweets, processed fruit juices and sugar-sweetened beverages are associated with an increased risk of chronic diseases.

The new study now indicates that these two different plant-based diets also have markedly different environmental impacts as well. The scientists learned this after analyzing the food intakes of more than 65,000 participants and examining their diets’ associations with both health outcomes and environmental impacts.

“Participants who ate unhealthy plant-based diets experienced a higher risk of cardiovascular disease, and their diets required more cropland and fertilizer than diets that were higher in healthy plant-based and animal foods,” they elucidate.

Although these findings would not be news to people familiar with nutritional science they helped reinforce the findings of earlier studies that show heavily animal-based diets to have greater adverse environmental impacts than plant-based diets.

The takeaway of this new study is that it is not enough for the sake of our health and the environment simply to switch from an animal-based diet to a plant-based one; rather, we also need to select a healthy plant-based diet.

“Because human health ultimately depends upon planetary health, future dietary guidelines should include nuanced consideration of environmental sustainability and recognize that not all plant-based diets confer the same health and environmental benefits,” stresses Daniel Wang, an assistant professor at the Department of Nutrition at Harvard Chan School who co-authored the study. 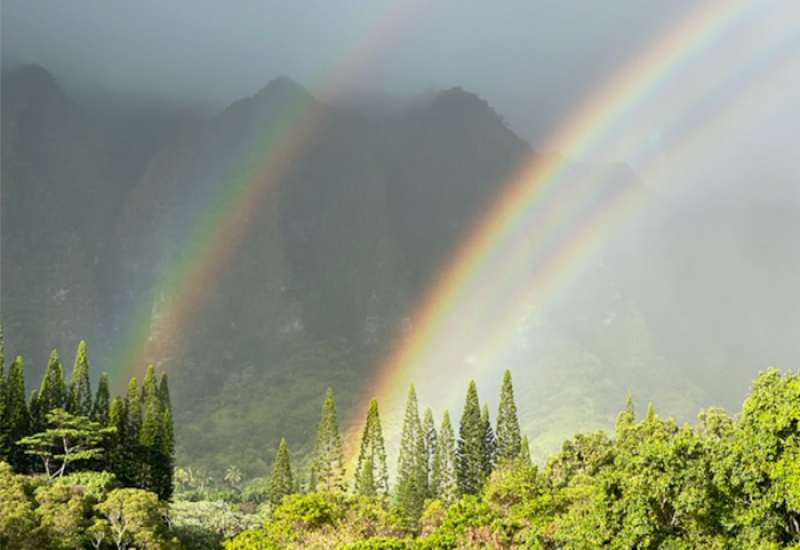 What happens to rainbows as the planet’s climate changes?