Rare-earth metals are critical to the high-tech society we live in as an essential component of mobile phones, computers and many other everyday devices. But increasing demand and limited global supply means we must urgently find a way to recover these metals efficiently from discarded products.

Rare-earth metals are currently mined or recovered via traditional e-waste recycling. But there are drawbacks, including high cost, environmental damage, pollution and risks to human safety. This is where our ongoing research comes in.

Our team in collaboration with the research centre Tecnalia in Spain has developed a way to use environmentally friendly chemicals to recover rare-earth metals. It involves a process called “electrodeposition”, in which a low electric current causes the metals to deposit on a desired surface.

This is important because if we roll out our process to scale, we can alleviate the pressure on global supply, and reduce our reliance on mining.

The increasing demand for rare-earth metals

Rare-earth metals is the collective name for a group of 17 elements: 15 from the “lanthanides series” in the periodic table, along with the elements scandium and yttrium. These elements have unique catalytic, metallurgical, nuclear, electrical, magnetic and luminescent properties.

The term “rare” refers to their even, but scarce, distribution around the world, noted after they were first discovered in the late 18th century.

These minerals are critical components of electronic devices, and vital for many green technologies; they’re in magnets for wind power turbines and in batteries for hybrid-electric vehicles. In fact, up to 600 kilograms of rare-earth metals are required to operate just one wind turbine.

The annual demand for rare-earth metals doubled to 125,000 tonnes in 15 years, and the demand is projected to reach 315,000 tonnes in 2030, driven by increasing uptake in green technologies and advancing electronics. This is creating enormous pressure on global production.

Can’t we just mine for more rare metals?

Rare-earth metals are currently extracted through mining, which comes with a number of downsides.

First, it’s costly and inefficient because extracting even a very small amount of rare earth metals requires large areas to be mined.

Second, the process can have enormous environmental impacts. Mining for rare earth minerals generates large volumes of toxic and radioactive material, due to the co-extraction of thorium and uranium — radioactive metals which can cause problems for the environment and human health.

Third, most mining for rare-earth metals occurs in China, which produces more than 70% of global supply. This raises concerns about long-term availability, particularly after China threatened to restrict its supply in 2019 during its trade war with the US.

E-waste recycling is not the complete answer

Through e-waste recycling, rare-earth metals can be recovered from electronic products such as mobile phones, laptops and electric vehicles batteries, once they reach the end of their life.

Pyrometallurgy is energy-intensive, involving multiple stages that require high working temperatures, around 1,000℃. It also emits pollutants such as carbon dioxide, dioxins and furans into the atmosphere.

Similar recovery processes are also applied to other energy storage technologies, such as lithium ion batteries.

Why our research is different

Given these challenges, we set out to find a sustainable method to recover rare-earth metals, using electrodeposition.

Electrodeposition is already used to recover other metals. In our case, we have designed an environmentally friendly composition based on ionic liquid (salt-based) systems.

We focused on recovering neodymium, an important rare-earth metal due to its outstanding magnetic properties, and in extremely high demand compared to other rare-earth metals. It’s used in electric motors in cars, mobile phones, wind turbines, hard disk drives and audio devices.

Ionic liquids are highly stable, which means it’s possible to recover neodymium without generating side products, which can affect the neodymium purity.

The novelty of our research using ionic liquids for electrodeposition is the presence of water in the mix, which improves the quantity of the final recovered neodymium metal.

Unlike previously reported methods, we can recover neodymium metal without using controlled atmosphere, and at working temperature lower than 100℃. These are key considerations to industrialising such a technology.

At this stage we have proof of concept at lab scale using a solution of ionic liquid with water, recovering neodymium in its most expensive metallic form in a few hours. We are currently looking at scaling up the process.

In time, our method could avoid the need to mine for rare earth metals and minimises the generation of toxic and harmful waste. It also promises to help increase economic returns from e-waste.

Importantly, this method could be adapted to recover metals in other end-of-life applications, such as lithium ion batteries, as a 2019 report projected an 11% growth per annum in production in Europe.

Our research is an important early step towards establishing a clean and sustainable processing route for rare-earth metals, and alleviating the pressures on these critical elements.

This article was written by Cristina Pozo-Gonzalo, a senior research fellow at Deakin University. It is republished from The Conversation under a Creative Commons license. Read the original article.

Why climate intelligence should be on every business agenda 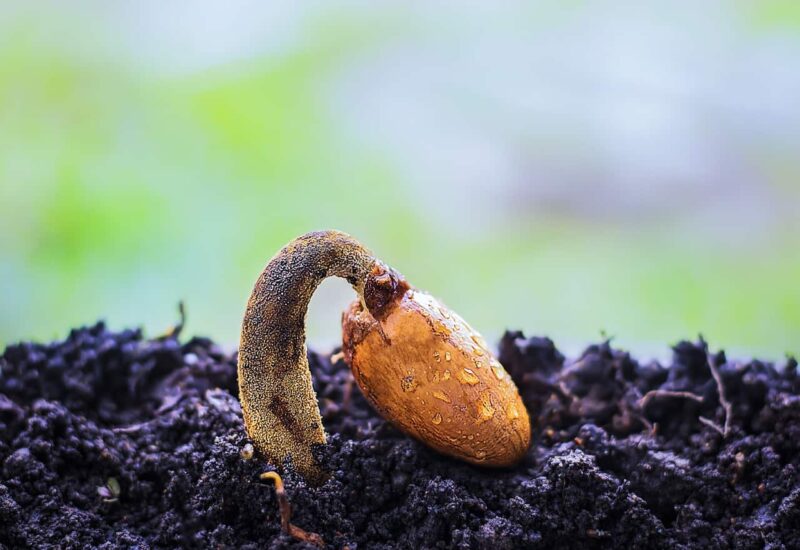 Coating their seeds could fortify crops in arid regions