The sun is an inexhaustible source of clean energy, but much of that readily available energy we have yet to be able to harness. Imagine, for instance, if we could carry some ultrathin solar cells with us embedded in our wearable electronics so they could be recharged on the go.

Then again, that’s not as futuristic as it may sound. Teams of researchers in Finland and Canada are working on ways to mass-produce experimental new solar technology, which would allow us to do just that: harness the rays of the sun to power our wearable gadgets.

Super-thin rolls of flexible plastic and metal foil with solar panels embedded in them already exist, but manufacturing such rolls with flexible cells encapsulated in them on an industrial scale poses a major challenge. That is because liquid electrolyte could leak out of cells or else impurities could seep in, whereby the lifetime of the solar-powered device would be greatly reduced.

“Flexible solar cells are usually made on metals or plastics, and both come with perils: a metal may corrode, and plastics may allow water and other impurities to permeate,” explains Dr. Kati Miettunen, a project manager at Aalto’s Department of Bioproducts and Biosystems in Finland. Joining substrates together will require innovative new solutions because techniques like glass-frit bonding that are currently used in flat-panel displays are not suitable for flexible cells.

“Another prerequisite for commercialization is making the lifetime of devices adequate in relation to the energy that is embedded in the fabrication of the devices so that the solar cells won’t degrade before they have produced more energy than was used for making them,” adds Jaana Vapaavuori, an assistant professor at the Chemistry Department of Université de Montréal.

Other teams of researchers elsewhere have been working on similar projects in an effort to come up with ways to power our gadgets with sunlight. Not long ago South Korean scientists at the Gwangju Institute of Science and Technology have created ultra-thin and bendable photovoltaic cells that can be used to power wearable devices like watches.

The ultrathin cells (which are only 1 micrometer thick, or a hundred times thinner than a human hair) were created from the semiconductor gallium arsenide with the cells fixed onto a flexible substrate without any adhesives. “The cells were then ‘cold welded’ to the electrode on the substrate by applying pressure at 170 degrees Celsius and melting a top layer of material called photoresist that acted as a temporary adhesive,” the researchers explain. “The photoresist was later peeled away, leaving the direct metal to metal bond.”

After testing how efficient their device was at converting sunlight to electricity, they found it rivaled significantly thicker photovoltaics. Better yet: the cells proved remarkably resilient – a must if they are to be used on a daily basis. “The thinner cells are less fragile under bending, but perform similarly or even slightly better,” said Jongho Lee, an engineer at the Gwangju Institute of Science and Technology. The thin cells could be integrated onto fabrics or the frames of glasses and power the next generations of wearable electronics, he added.

Solar technology has been coming along in leaps and bounds. It’s becoming not only increasingly effective at harnessing the power of the sun but also increasingly cheaper. With new advances like this, the future of solar power is very bright indeed on the way towards a world where sunlight becomes our primary source of clean energy. 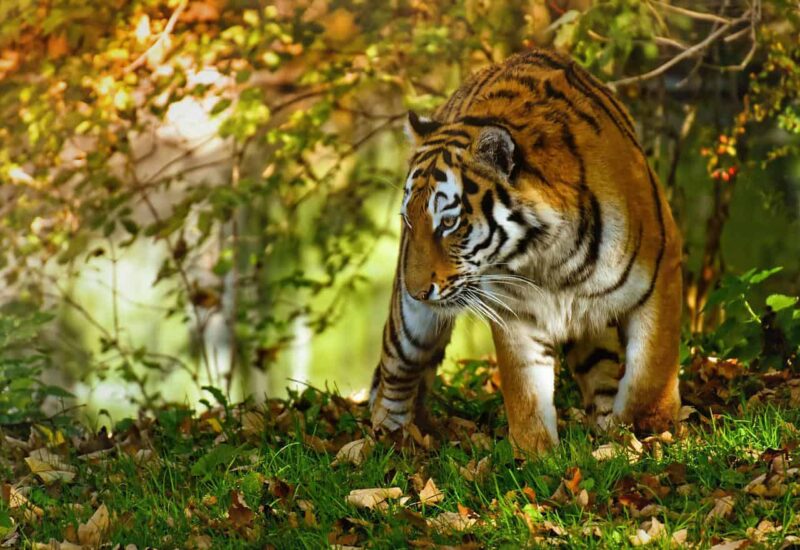 In Southeast Asia, Thailand is alone in boosting its wild tiger population

The Conversation August 1, 2022
Scroll to top
Skip to content