For exciting developments in decarbonizing industry, look no further than a project at a rubbish dump in Dunbar.

If you want to see exciting developments in decarbonizing industry, look no further than a £2-million pioneering project at a rubbish dump outside Dunbar in Scotland. The innovative process converts methane gas produced by decomposing trash into bio-liquified natural gas. Reportedly, enough fuel will be produced annually at just this one site to power a fleet of trucks for thousands and thousands of kilometers. Better yet: CO2 will also be captured during the process to be sold for use in manufacture.

Inventions like this could help revolutionize recycling and lead to large-scale reductions in industrial CO2 emissions. But they won’t be enough in themselves to decarbonize some of the biggest global industries that you don’t often hear about in the climate discussions, namely the “smokestack industries” of glass, steel, cement, fuels and chemicals. Heavy industry is responsible for more than a fifth (22%) of global greenhouse gas emissions. Close on a half of that (42%), which accounts for a tenth of global CO2 emissions, results from the production of very high-temperatures needed for the production of cement, steel and petrochemicals.

“Many industrial processes start with melting rocks by burning fossil fuels. To make glass, for example, you melt sand and pour it on melted tin,” Bloomberg notes. “This means hot, hot heat — high-quality and lots of it, ranging from 700 to 3,000 degrees Fahrenheit (371 to 1,649 degrees Celsius). And that heat is needed all day, every day, to run blast furnaces, boilers and cement kilns.”

However, awareness among industrial majors is growing. Intent on reducing the heavy industry’s giant carbon footprint, some innovators are working on solutions. In 2016, for instance, three prominent Swedish companies — a steel manufacturer, a giant iron ore miner, and the power utility Vattenfall — launched an iron production process that emits almost no greenhouse gas. Conventionally, oxygen is removed from iron ore by burning coke from coal. In the new process, heat is generated by use of hydrogen gas with the by-product being water, not CO2.

In the cement industry too, innovations are in the works to reduce its massive carbon emissions, which accounts for around 7% of global CO2 emissions, according to the International Energy Agency. In fact, the production of cement, the most widely used manmade material, generates more CO2 than most countries.

“The cement sector needs to dramatically reduce the contribution it makes to climate change. Delaying or avoiding this challenge is not an option. This is ultimately a business-critical issue for the sector,” stresses Stephanie Pfeifer, CEO of the Institutional Investors Group on Climate Change. “The cement sector needs to get ahead of the profound transformation their sector faces by addressing barriers to decarbonisation in the short- to medium-term if companies are to secure their future.”

Yet transformative change in heavy industry is easier said than done. Across the industry heat needed for manufacturing is generated by the burning of fossil fuels. So is much of electricity, which is likewise required in vast quantities. One solution lies in electrifying industrial heat processes, which can be done through non-fossil resources.

“The electrification of heat provides attractive decarbonisation pathways for industry and will significantly change industrial electricity use in a carbon-constrained world,” argue two experts Hans De Keulenaer and Edwin Haesen, in an article published by the International Partnership for Energy Efficiency Cooperation. “Market-mature electroheating technologies such as induction, resistance, infrared, electric-arc and radio-frequency as well as microwave heating are available today,” they add. “Promising innovative technologies such as laser, electron-beam and plasma-arc heating are emerging that need to be further developed.”

Another solution gathering steam is the large-scale adoption of new nuclear technologies in industrial processes to mitigate the carbon footprint of heavy industry. According to Chris Levesque, president and CEO of TerraPower, a nuclear reactor design company in the United States, “We need to raise people’s awareness of decarbonization and what happens if we don’t shift to carbon-free sources of energy. So we need to think about nuclear [when it comes to] the three pillars of modern society: concrete, steel and plastic. Those products are almost completely driven by fossil fuel burning.”

Deriving heat for heavy industry from nuclear, naturally a low-carbon energy, could result in massive CO2 emission reductions. “We need to envision nuclear providing heat for some of those [industrial] processes and advanced reactors have another great benefit: they can run hotter than the light-water reactors of today, which are operated at 300°C,” Levesque says.

“Our Gen IV reactors run at 500°C and our sodium-cooled fast reactors at 700°C,” he elucidates. “Part of the process of innovation entails not just getting the ball rolling on reactor design. It also entails imagining what the integrated energy system of 2050 will look like and what nuclear’s share of that will be in economies all around the world.”

Yet we will not be able to turn things around without consistent and well-considered government policies. Switching to low-carbon processes in heavy industry will be costly and time-consuming, just as it will be in the energy industry. “Achieving the dual transformation of the energy and industrial sectors will require coordinated efforts across the economy,” observes McKinsey & Company, an American management consulting firm.

“Governments can develop road maps for industrial decarbonization on the local and regional levels to create a more certain outlook for industrial and power companies and unlock investments with longer payback times,” McKinsey & Company elucidates. “Governments can also adjust regulations and incentives to support decarbonization — for example, encouraging investment in renewable-generation capacity by altering the financial requirements on utilities and other companies involved in generating and distributing energy.”

The many existant opportunities for deep decarbonization are more than matched in number by the amount of innovators working on changing traditional industrial processes. All that is needed as a coherent policy framework, and it is about time governments the world over start preparing for the future. 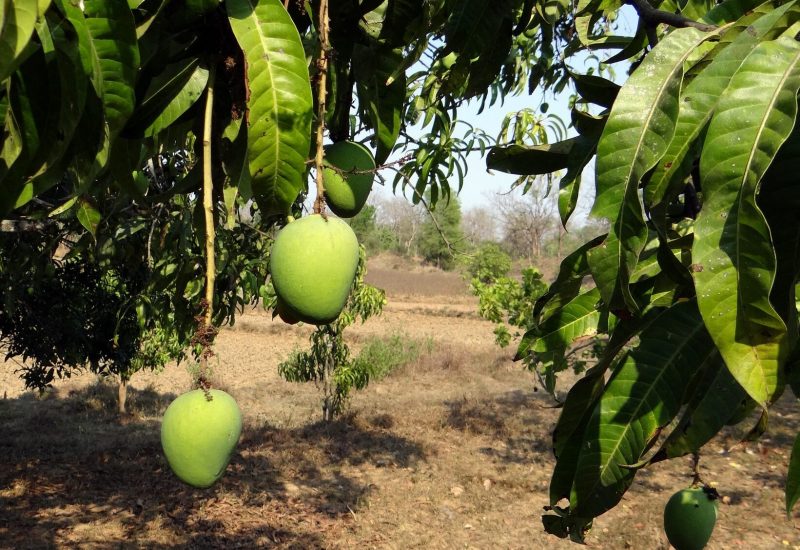