Much of “road dust” comes from our vehicle tires. Scientists say it’s ending up as ocean plastic.

A main source of plastic pollution is getting new attention in Australia, where researchers from Royal Melbourne Institute of Technology (RMIT) say there’s been little data on how the particles in “road dust” are connected to the marine ecosystem threats posed by ocean plastics.

Most of us know road dust when we see it, but we don’t always know what’s in it – and that’s where the problem begins. Studies have identified industrial metals and other hazards to human health, but much of what makes up road dust comes from our vehicles and is commonly abbreviated as Tire and Road Wear Particles (TRWP).

One study in the European Union estimated as much as 500,000 tons of microplastics are released by EU drivers each year as tiny pieces of their tires wear off, mixing with bits of traffic control paints and bonding materials from the road surface itself. TRWP is a larger-particle pollution problem, and it’s included in a widely reported new study from Greenpeace Southeast Asia and the Centre for Research on Energy and Clean Air (CREA) that puts a price tag of US$8 billion each day for air pollution linked to fossil fuels.

Yet TRWP doesn’t stay in the air.

Rajeev Roychand and Biplob Kumar Pramanik, the civil engineering scientists at RMIT, note one 2017 study that suggests about 42 percent of the microplastics that reach the ocean come from TRWP, as the road dust no one wants to breathe enters into storm drains and begins its journey into our waterways. That’s a significant source, but there are few studies on TRWP and marine microplastics at all, and “a complete lack of scientific evidence” in Australia itself, they said.

So they started vacuuming up dust along Melbourne’s curbs.

The research team chose two sites, one on Curzon Street in North Melbourne, an older inner-ring suburb with a working-class history and a mix of commercial and industrial sites. The other was on Bulban Road in Wyndham Vale, a western suburb made famous by the “Mad Max” movie scenes shot there but decidedly less apocalyptic in real life.

Each site consisted of 100 meters of curbline that was cleaned with a handheld vacuum, and then evaluated for its materials composition. The scientists sifted out leaves and other large pieces with a 4.76 mm sieve, then chemically removed any remaining organic matter, dried the samples and filtered them again through paper.

They found a large amount of tire particles in the relatively small samples, according to the work published this month in the Journal of Environmental Chemical Engineering.

“Looking at the sheer number of vehicles traveling continuously day and night, the theoretical probability of finding these wear out particles in the road dust is high, which is clearly reflected in both the samples,” the scientists said.

Now they’re calling for more research into how humans are driving traffic-related microplastic pollution higher, and driving it into the sea. Roychand and Pramanik also encourage more work on how storm and sewer systems might be redesigned to remove TRWP, and how tire manufacturers can improve materials and design.

“This being one of the major contributors of microplastics pollution threatening the marine ecosystem,” they said,  means that “the food chain requires extensive research worldwide so that all the concerned stakeholders could make informed decisions.” 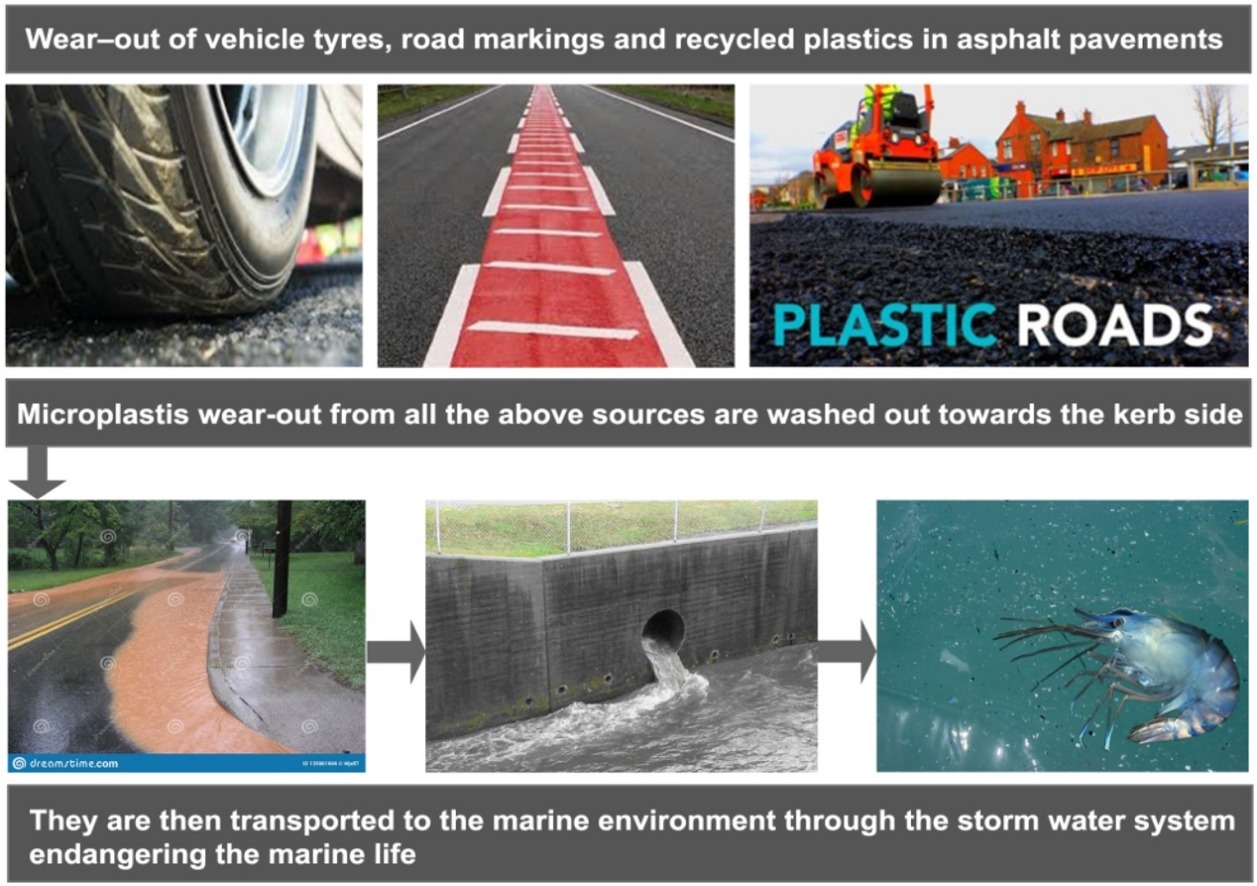 Traffic noise can increase the risk of dementia and bad health