Fans of dinosaurs are familiar with the Triassic period. It ran for around 50 million years from a mass extinction of species at the end of the Permian until the dawn of the Jurassic some 200 million years ago. The Triassic featured some pretty cool dinosaurs and giant crocs, and it was a seminal period in the life of the planet.

But would you want to live there? Probably not.

The trouble is, however, that we are on course to creating a climate that is very much like the one that prevailed in the Triassic. And it won’t take millions of years. A mere couple hundred years will do if we continue burning fossil fuels at the pace and intensity we are doing now, as if there was no tomorrow.

We are pumping massive amounts of CO2 into the atmosphere at breakneck speed. In 2016 we reached an environmental milestone by having levels of carbon surpass 400 parts per million (ppm) in the atmosphere. Although the number itself is largely symbolic, it is well above 350ppm, which is still considered safe by scientists who have warned that we’ve reached a tipping point on climate change.

Last year we reached another milestone: 410ppm. It was recorded at the mountaintop Mauna Loa Observatory on the island of Hawaii. Climate scientists were not surprised by the increase, but we should all be concerned just the same. “We’re in a new era,” said Ralph Keeling, director of the Scripps Institution of Oceanography’s CO2 Program in San Diego. “And it’s going fast. We’re going to touch up against 410 pretty soon.” And we duly have.

Within a couple of hundred years, at the current pace, we might well end up having pumped as much carbon dioxide into the atmosphere as there once was during the Triassic and has not been seen since. Add another 150 years to that timeframe, and we could have more CO2 in the atmosphere than there has ever been in the entire observable geological history of the planet.

This is according to climate scientists at the  University of Southampton, in the United Kingdom, who recently published a study in the journal Nature Communications. By examining fossilized plants and other indicators of atmospheric CO2 in times past, the researchers compiled more than 1,200 estimated concentrations of carbon dioxide in ancient atmospheres. Their goal was to chart a continuous record of such concentrations over vast timescales, which they did all the way back to 420 million  years ago.

“We cannot directly measure CO2 concentrations from millions of years ago,” says Gavin Foster, the study’s lead author who is professor of isotope geochemistry at the university. “Instead we rely on indirect ‘proxies’ in the rock record. In this study, we compiled all the available published data from several different types of proxy to produce a continuous record of ancient CO2 levels.”

Their finding is pretty alarming: If we carry on burning all the available fossil fuels of the planet in coming years and decades, concentrations of CO2 in the atmosphere could reach a level that has no geologically preserved equivalent during this observed 420-million year period. Concentrations of the greenhouse gas have “fluctuated on multi-million year timescales over this period, from around 200-400 parts per million (ppm) during cold ‘icehouse’ periods to up to 3,000 ppm during intervening warm ‘greenhouse’ periods,” the authors explain. Yet “the current speed of climate change is highly unusual.”

“Highly unusual” is the scientists’ way of saying “extremely dangerous and abnormal.” They elucidate: “[T]he climate today is changing at rates well above the geological norm. If humanity fails to tackle rising CO2 and burns all the readily available fossil fuel, by AD 2250 CO2 will be at around 2,000 ppm – levels not seen since 200 million years ago.”

The dinosaurs of the Triassic will never come back, but their period’s climate may well do. Then again, we might end up recreating the climate on Earth not from 200 millions years but 50 million years ago, according to another team of researchers, who published their findings in the journal Geoscience. Scientists at the University of Bristol examined climatic conditions during the early Paleogene, a period that lasted between 56 and 48 million years ago, by analyzing fossils.

It was a time in Earth’s history when CO2 levels were at similar levels that we are expected to reach by the end of this century, thereby fundamentally altering climates on the planet. “We know that the early Paleogene was characterised by a greenhouse climate with elevated carbon dioxide levels,” said Dr David Naafs, an earth scientist at the University of Bristol.

Yet that’s hardly going to be much better, either. With increasingly high temperatures, much of the planet’s surface may turn into “dead zones” where nothing but a few hardy species of plants and animals can survive, just as it is already the case in the Sahara and other inhospitable deserts today.

If we want to stop that from happening, the solution is simple: we must at all cost stop pumping vast amounts of yet more CO2 into the atmosphere. 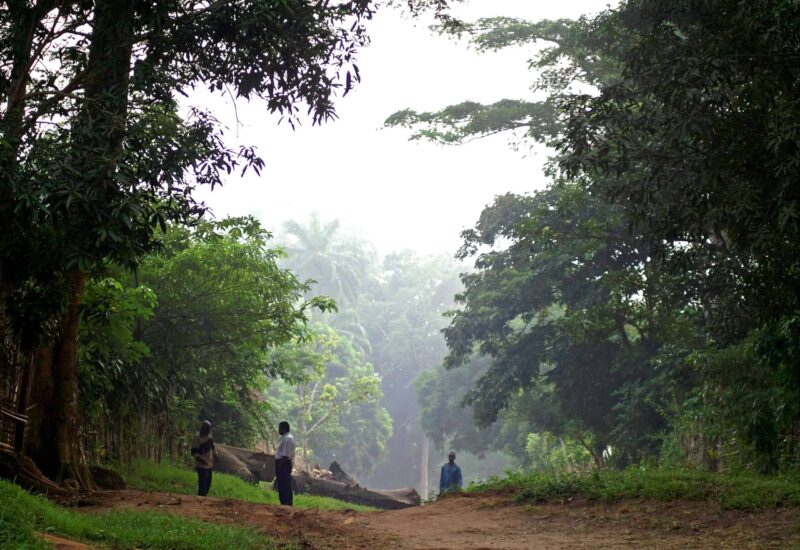