It wasn’t all that long ago that China was considered a laggard when it come to clean energy. The country was notorious for its reliance on coal to power its economy, which grew at breakneck speed to become the second largest in the world, after the United States.

Yet with that rampant growth came severe costs to the country’s environment, not the least of which were chronic air pollution that ended up becoming a major problem in numerous urban centers in the world’s most populous nation. China continues to rely largely on coal-fired power plants to generate energy, but the country has set out to clean up its act.

In the $20 billion deal that is a culmination of stepped-up cooperation and warming ties between the two nations, the Russian state nuclear company Rosatom has agreed to build four nuclear power units in China. Rosatom will construct two units each at the Xudabao and Tianwan nuclear plants with all four units featuring the latest technologies from Russia’s Gen3+ VVER-1200 reactors.

“Obviously this deal has very important economical and political ramifications,” Sheldon Landsberger, a professor of Nuclear and Radiation Engineering at the University of Austin in Texas, tells Sustainability Times. “Firstly Russia is aggressively expanding its export of nuclear power through its parent company Rosatom. What is crucial is that these nuclear power plants are the so-called Next Generation Reactors which are advanced in many areas.”

Transitioning to nuclear energy, at least in part, is not merely an option for China; it’s also a necessity. Air pollution in heavily populated metropolises like Beijing has reached chronic proportions, posing a national health crisis. Recently, the country has made some headway in cleaning up notoriously polluted air in Beijing and elsewhere, but continued reliance on coal for energy generation on a massive scale would prevent real progress.

Climate change, too, is making its effects felt across much of the country, triggering urgency among local policymakers to work out and implement ways to mitigate those effects in coming years and decades. In other words, business as usual is simply not an option for China if it wants to prevent the lingering threat of a double whammy of an environmental calamity and a health crisis from getting even worse.

“China knows it has very serious human health and environmental issues with coal burning,” Prof. Landsberger says. “And while the automatic shutting down of fossil fuel electricity generation plants is not possible, the gradual implementation of more nuclear power plants will in the long run be very beneficial to its population and certainly reduce China’s impact on climate change.”

Not surprisingly, even as the United States has taken a backseat on the issue of man-made climate change under the Trump administration, China has recently emerged as a leading proponent of global efforts to mitigate the worst effects of global warming fuelled by the wanton burning of fossil fuels around the planet.

Going by the evidence, China does mean business on climate change. By the end of last year the economic powerhouse had succeeded in cutting its carbon dioxide emissions per unit of GDP by 46% from the 2005 level. By doing so, the country fulfilled its commitment to reduce carbon emissions by 40% to 45% from the 2005 level by 2020.

“It is important to note that China’s progress on climate action has not come at the price of economic growth,” the United Nations’s office on climate change notes. “From 2005 to 2015, China’s economy grew by 1.48 times, and at the same time, the carbon intensity – the amount of carbon emissions per unit of GDP- dropped by 38.6 percent. In 2016, the rate continued to fall by 6.6 percent year on year.”

By embracing nuclear power as a viable alternative to coal, China can make further progress in reducing its vast national carbon footprint. The new deal between Russia and China is therefore a welcome development.

“Advancing the developments in the global nuclear power industry today requires strategic partnerships among the leading players, and that’s exactly what we can expect from the signing of partnership agreements between Russia and China,” observes Dr. Victor Nian, a research fellow at the Energy Studies Institute of the National University of Singapore.

“These agreements seek to become yet another milestone for the nuclear power industry in the era of Generation III/III+,” Dr. Nian adds. “What’s more encouraging is the element to push toward the development and demonstration of Gen IV fast reactors. It is hopeful that the cooperation between Russia and China can make important contributions to the technology and market development for the global nuclear power industry.”

In a way, the newly signed deal between Russia and China has been a shot in the arm for the global nuclear industry. “The nuclear industry is in a dichotomy situation,” Prof. Landsberger says. “The US has mixed results with 2/4 reactors to be built having been cancelled due to financial considerations. Western Europe with the exception of France and possibly Great Britain have stopped building new reactors. Germany is decommissioning its nuclear power plants, even as Eastern Europe is set to expand its number of reactors.”

In Eastern Europe, Hungary has recently signed a deal with Rosatom to build a new power plant in the country, while several other Eastern European nations are considering expanding their current nuclear capacities for domestic energy generation. In the Middle East, meanwhile, Jordan is in the process of building a smaller reactor with Rosatom involved. Iran, Turkey and the United Arab Emirates are also building reactors to meet domestic energy needs.

In short, nuclear power generation is on its way up again. “Nuclear power is increasing,” Landsberger notes. “But in not the usual countries as in decades past.” 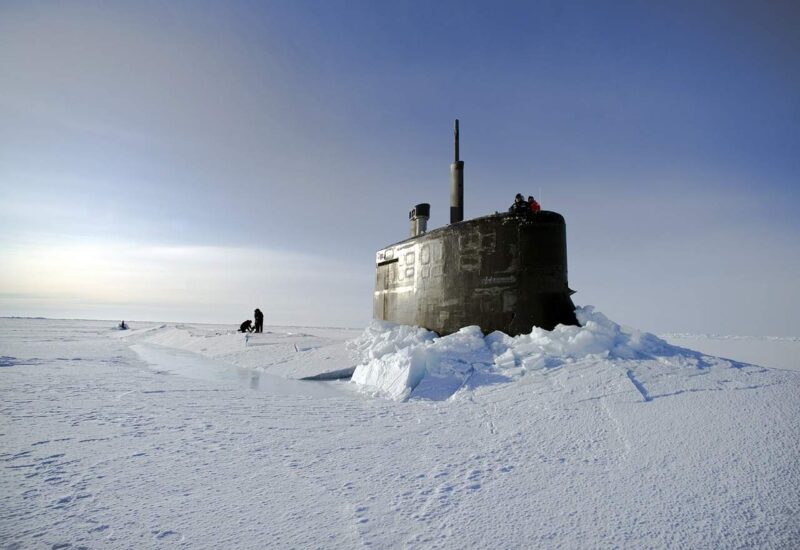